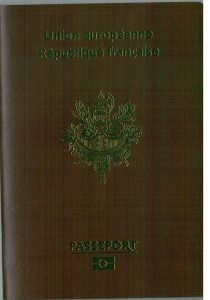 I have, at long last, my French passport.  As I explained last year, I started the process of acquiring the information to obtain it in November 2016, five months after the referendum, and it has taken until now to get the thing into my hand.  The importance is more than symbolic; it’s a European passport, and it carries the right to live and work in the EU.  I had hoped, for example, that I might be able to work again in Poland.  My state of health makes that unlikely, and in due course the suspension of reciprocal medical cover will present me with another hurdle to overcome.  I am no less shocked by the loss of fundamental rights than I was four years ago, but my attempt to petition the European Parliament was waved aside, and I regret that I  have only been able to mitigate this for myself.