There are lots of contradictory predictions being made about the forthcoming election.  Electoral Calculus interprets current polls to indicate a thumping great majority for the Conservatives, largely based on the collapse of support for Labour. They put the Conservatives on 363 seats and Labour on 186. John Curtice has commented that the numbers of seats going neither to Conservatives nor to Labour is going to be over 100, and that on that basis it’s unlikely that either Conservative or Labour will have an overall majority.

The indications are that both Conservative and Labour are going to lose seats to the SNP and the Liberal Democrats.  The implication from that is that the Conservatives can only win an absolute majority by taking seats directly from Labour.  They will need at least twenty to make up for the seats they’re going to lose to smaller parties; the Electoral Calculus figures seem to assume that the Conservatives will take a further 50 seats or so directly from Labour.  That is hard to credit.

An illuminating analysis of polls by Yougov points to a different outcome.  The Leave vote from 2016 will mainly go to the Conservatives.  The Remain vote is more fractured, and mainly split between Labour and Liberal Democrat.  The trend becomes even stronger when the base figures are taken from the 2017 election. 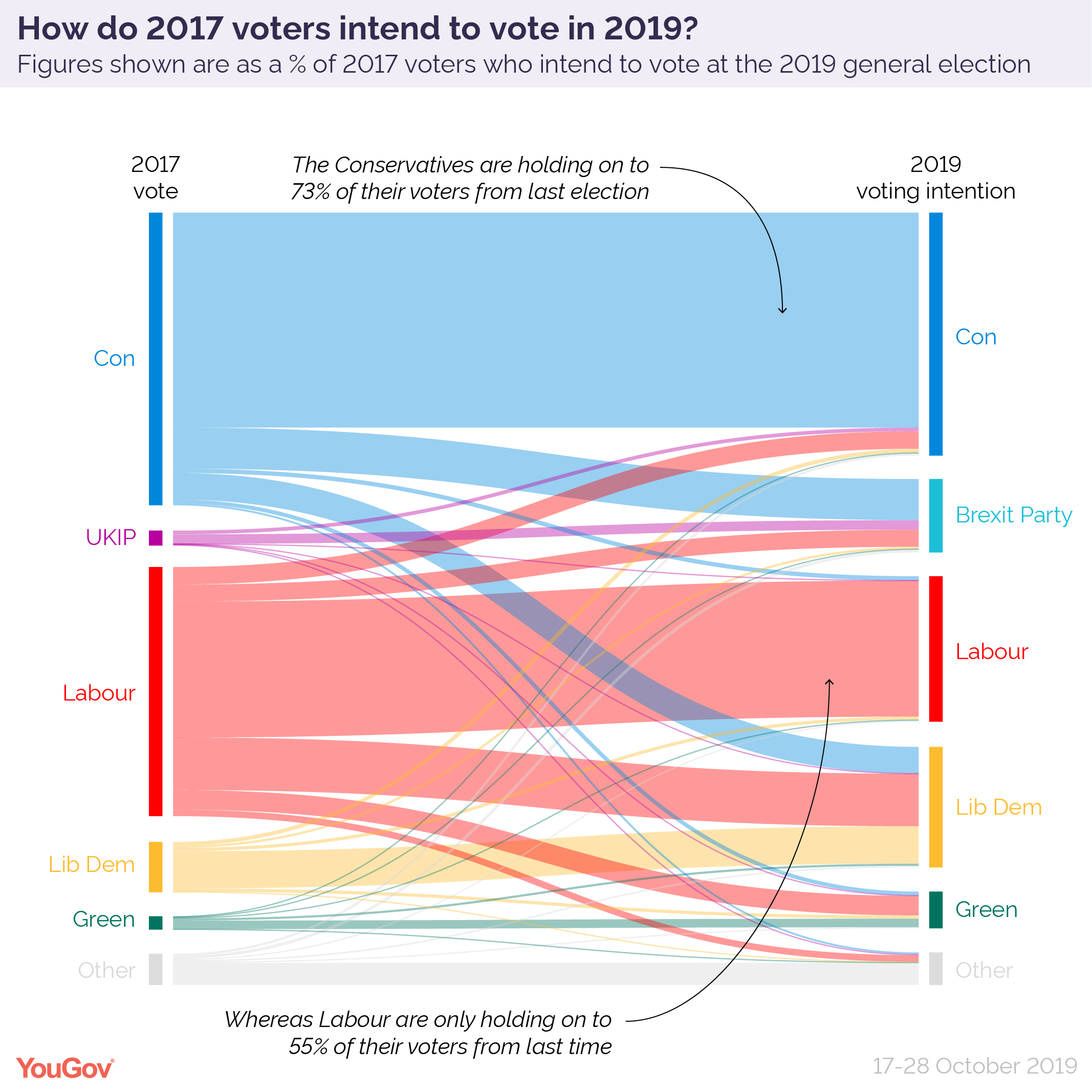 It is difficult to see what could shake this picture.  Labour has failed to make any inroads in several months, but even to head a minority government it would have to hold its current marginals, and then take more than forty seats directly from the Conservatives.   That would be hard to achieve even with a change of leadership.