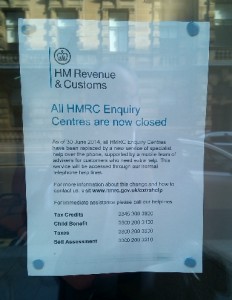 HMRC has been accused at times of being less than vigorous in its pursuit of the money that is due to it, so thanks to the Daily Record for alerting us to the revitalised current priorities of a service that hardly ever makes a mistake.  Debbie Balandis, from Glasgow, has had her benefit stopped while being asked to prove that she is not living as man and wife with Martin McColl, given a series of payments the service had identified. Martin McColl is the trading name of R S McColl, well-kent for providing newsagents and local shops throughout Scotland.

HMRC is not proposing to leave matters there, and it seems there are now further accusations of liaisons with men.  That accusation would be self-defeating, because there is nothing in benefit regulations to prevent it.   Overpayments are liable to occur either where a person has a non-dependant living in their household, or where two people are living together as man and wife.   Neither of those appears to be relevant in this case.

It does seem that Ms Balandis has done something to offend someone, and in our current system of secret justice and lettres de cachet, that is enough to make the heavens fall.  To identify the payments, HMRC would have needed to gain access to Ms Balandis’s record of financial transactions  They have  managed to make time for this important work by some reallocation of priorities, such as closing their offices to the public.  If HMRC is girded up to challenge Glaswegian mothers, can the multi-national corporations be far behind?