The Government’s White Paper on Brexit has appeared, too late for the vote in the House of Commons but at least in time before the committee stage.   It has a few surprises; the biggest one to my mind was to discover that Ireland is no longer really part of the EU.  Here is one of the graphs that leaves out Ireland: 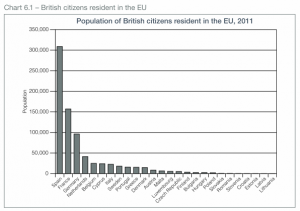 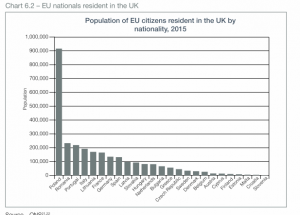 The document explains that Britain has ‘historic ties’ with Ireland as well as the free movement of “goods, utilities, services and people”.  It will be intriguing to find out how that works without implying the movement of goods, utilities and services from Ireland to the rest of the EU.

It also seems that Britain already has a unique relationship with the EU, which looks like this: 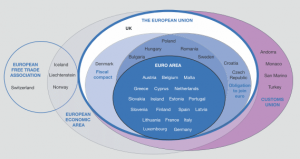 The Government claims that “It is in the interests of both the UK and the EU to have a mutually beneficial customs arrangement to ensure goods trade between the UK and EU can continue as much as possible as it does now. ”  Other stakeholders in the EU have already made it pretty clear that this is not their view, and it’s not going to happen.